Happy 83rd Birthday All india Radio. How many of you still remember the Signature Tune in the morning.....used to be aired at 5.55am. It's 83 years old now.  It was composed by a jewish musician, Walter Kauffman (a refugee from Germany)

Email ThisBlogThis!Share to TwitterShare to FacebookShare to Pinterest
Labels: Video of the month
Video of the Month October'2019

Email ThisBlogThis!Share to TwitterShare to FacebookShare to Pinterest
Labels: Video of the month

Email ThisBlogThis!Share to TwitterShare to FacebookShare to Pinterest
Labels: Video of the month 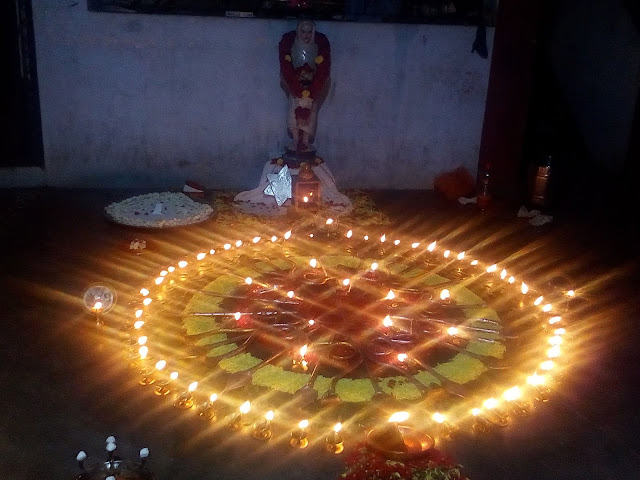 Vallalar lives on in century-old house in city-B.Kolappan.

Tucked away in a narrow by-lane, untouched by the modernity of Chennai and surrounded by shanties, stands a house on Veerasamy Pillai Street in Seven Wells. Unlike many heritage structures associated with our colonial past, this building links us with our cultural past. One-hundred-and-fifty-four years ago, when the city was in the cusp of development, in this very house lived a man whose contribution to spirituality and Tamil literature has remained unparalleled to this day — Ramalinga Adigal, better known as Vallalar.

He walked the length and breadth of the city for 34 years, carrying his message of love and compassion. He went on to call it ‘Dharmamigu Chennai’, meaning, city filled with the values of dharma. But he was to be disillusioned soon, leaving the city in 1858, convinced it had become ' thettiley mikuntha Chennai', implying that the city was beset with degeneration.

Barely a few kilometres away from this house, there was another building, in front of Malleeswarar Temple on Lingi Chetty Street, which marked a watershed in the life of the great savant. It was in this building that Vallalar gave his first discourse and enthralled his audience with his profound knowledge of Tamil and Saivite literature. But this house belonging to Somu Chettiyar, a patron of Sabapathy Pillai, Vallalar’s elder brother, and an ardent Saivite, once accommodated Maraimalai Adigal library. It was pulled down to pave the way for a multi-storeyed building. There was a stone inscription which declared that Vallalar gave his first speech there.

Even the house where Vallalar was brought up has undergone many alterations, and houses many families ( ondi-kudithanams), but it retains most of its features including the room on the first floor where Vallalar lived, meditated and worshipped. He kept a mirror in the room and legend has it that he had a darshan of Lord Muruga of Tiruttani in the mirror. “He confined himself to the four walls of the room as he did not get along with his brother Sabapathy Pillai,” says P. Saravanan, author of Arutpa-Marutpa, a compilation of the famous war or words between Arumuga Navalar of Jaffna and Kathiraiver Pillai, and other students of Vallalar over the merit of Vallalar’s work Thiruvarutpa.

Born Ramalingam in Marudhur in Cuddalore district in 1823, his family moved to his mother’s native place in Chinnakavanam near Ponneri. But his brother Sabapathy Pillai felt Chennai would provide ample opportunities to sustain his family and occupied the house on Veerasamy Pillai Street. Writer Vamanan said in his biography of Vallalar that unlike many who learnt English to become dubashes and climb the social ladder, Sabapathy Pillai turned his back on English and launched a career as an exponent of religious literature. He also taught his brother Tamil. “One day, Sabapathy was unwell and asked Ramalingam to go to Somu Chettiyar to read some verses. Fortunate were those who listened to him on that day. He enthralled them and the news reached his brother. This incident marked a shift in the relationship between the brothers,” said Vamanan.

The house has changed hands several times and is now in the possession of the descendants of Krishna theatre. “We continue to maintain the house. We are not interested in handing it over to anyone since we are unsure if the essence of place will be maintained. We continue to get a lot of visitors,” said a family member.
Posted by RAJABASKARAN & JAYASHREERAJABASKAR at 15:38:00

VIDEO OF THE MONTH

Email ThisBlogThis!Share to TwitterShare to FacebookShare to Pinterest
Labels: Vallalar video, Video of the month